How TripAdvisor and AirBnB Have Drastically Changed Hotels

It“s no secret that tech-based hospitality platforms such as TripAdvisor and AirBnB are seeing great success, causing increasingly significant amounts of concern among the owners and operators of the world“s largest hotel brands.

In fact, AirBnB for example has been projected by experts to pull in as much as $3.5 billion by the year 2020, as AirBnB“s number of available listings continues increasing by leaps and bounds in markets that range from New Zealand to Kansas. That“s not to say that the overall global outlook for hotels hasn“t been increasingly rosy as well. Dubai, one of the most glamorous and active travel locales on the planet, is a great example. In 2007, the city had 32,616 hotel and resort rooms. As we get into the later months of 2017, Dubai is preparing to reach a 134,000 room milestone.

So, the big story in the travel industry is not that AirBnB is outright replacing hotels as the mode of choice for travelers looking to book accommodations, but rather that hotels are continuing to grow, while making tweaks and changes to their existing business models designed to stave off incursions from these new competitors, which in addition to AirBnB include TripAdvisor, an aggregate review website that can also be used to book travel.

The biggest response to AirBnB and the rise of the sharing economy, at least in the hospitality industry, has been the drive to create the so-called Millennial hotel, which can attract the new generation of dominant traveler that now wields the most wealth in the hospitality sector. This trend has seen the largest hotel groups on the face of the planet launching hip new spinoff brands aimed specifically at appearing trendy and locally-grown, all in a direct attempt to pull in more business from Millennials.

The ways that hotels are changing to accommodate this demographic are diverse and wide-ranging. Some strive to incorporate an interior feel that conveys an experience that is unique to the area in which the hotel is located, catering to the Millennial preference for locality and authenticity. Others are seeking to entice them with tech advances, instilling rooms with smart technology that allows them to control everything from the lighting to the television to room temperature with applications that they can download on their devices and smart phones.

Some hotels are appealing to Millennials who consider themselves foodies, or restaurant patrons that are knowledgeable about the culinary arts and great food. Some hotels are inviting mega star chefs into their restaurants while others are focusing on farm to fork menus that have a heavy emphasis on organic foods.

The one constant, however, is chance. Hotels that have for years focused on luxuries and consistent service are now thinking outside the box, innovating and changing long-standing business models as part of efforts to evolve and not be left behind by the new industry threats.

The Moxy Hotel will be excellent for price conscious, modern travelers. The hotel will offer high-speed WiFi as well as an open-lobby area [READ MORE…]

The Radisson Red will comprise a stylish „Redeli“ restaurant and a „Oui“ bar; a gallery; more than 100sqm of meeting space; a gym; and 78 parking spaces [READ MORE…]

More information about Hotel Projects can be found on TOPHOTELPROJECTS, the specialized service provider in the exchange of cutting-edge information of hotel construction in the international hospitality industry. 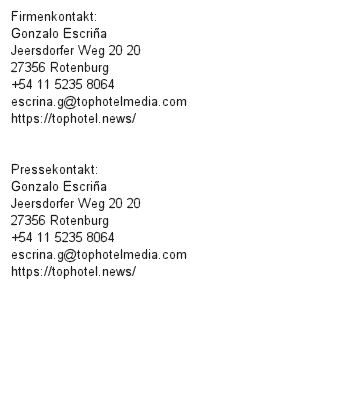